Are you looking for a professional Magician in the area of Motherwell? Well you have come to the right place Steven Blair is a full time professional close up magician performing at various events in and around the Motherwell area. Steven can build a show for any event of any size in the Motherwell area whether it`s a wedding or even just a family get together. It can be done! With a combination of magic, illusions and comedy, Steven will be sure to make your event one to remember for years to come.

So who exactly is this Steven Blair guy?

Steven really doesn`t like to speak about himself in the third person.

Born and raised in Kilmarnock, Scotland, Steven discovered his passion for magic at a young age when he got a magic set for Christmas from his parents. He quickly practiced and mastered the tricks in the set and started to show what he had learned to anyone who would watch. This was when Steven first discovered his passion for magic. At the age of 10, he performed for the first time in public at a talent show in Kilmarnock and won the grand prize of £5. Since then, Steven`s love for the art has only grown, quickly getting him a reputation among friends and fellow magicians as a very entertaining performer. 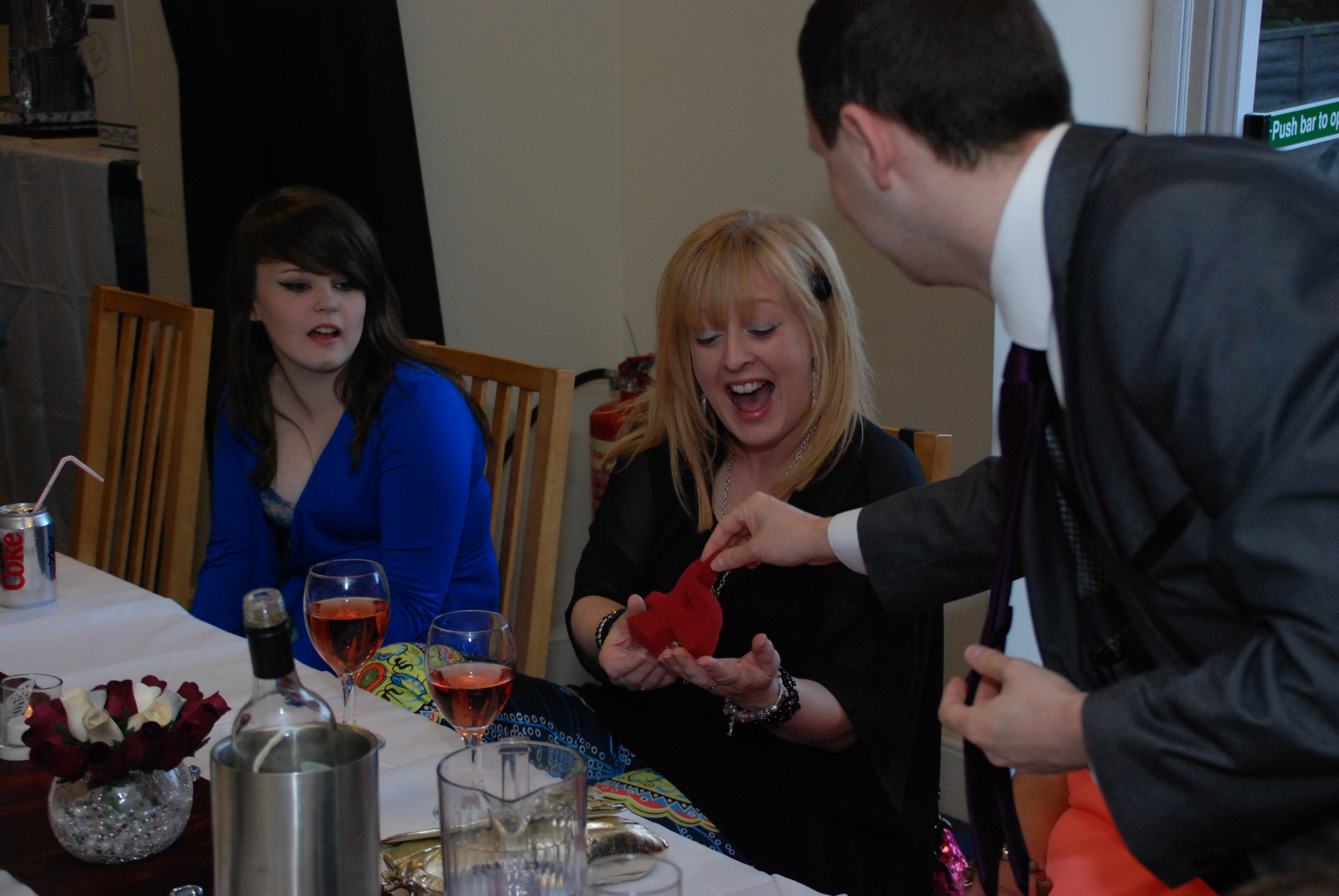 Steven has since developed his own unique style of performance. The magic is not about him, but it`s about the audience and creating an unforgettable magic moment for them. His goal is to ensure everyone has a great time at whatever venue he is performing in, from a family party to a big corporate event. Steven has put together many shows and can even customize a show for your event with your specification and goals in mind.

How do I check Steven`s availability for an event in Motherwell?

Well if you think Steven Blair is ideal for your next event in Motherwell then all you have to do is click here and fill out the simple contact form and Steven will get back to you.

Alternatively, if you would prefer to speak to Steven directly about the event you are planning and how Steven’s magic can work at your event you can call Steven on this number. 07547 738815 (Calls answered between 9am and 9pm, 7 days a week)