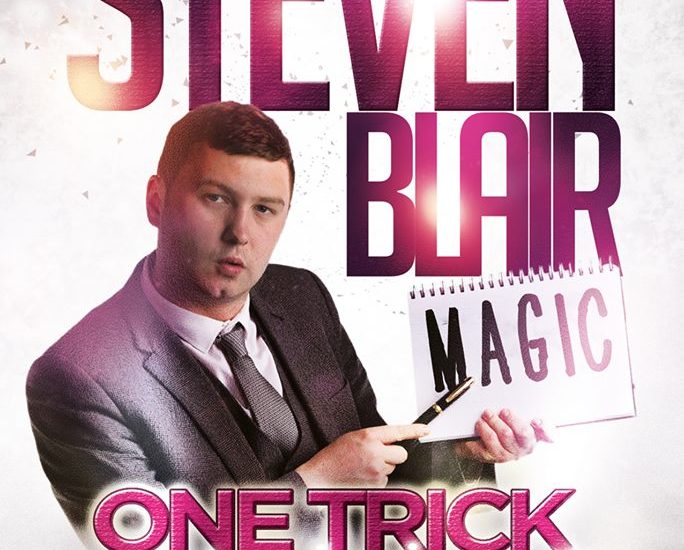 In October 2017 I flew out to the Spanish holiday resort Torremolinos to work with the team at Chamber of Secrets for a week. During my time in the resort I spent my time performing for the tourists in the evening and also working on new material and witting the show during the day. 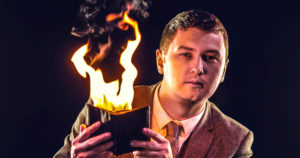 Having spent the past year performing the show up and down the country at countless private events I feel it is now time to give everyone who hasn’t seen the show a chance to catch the show.

On 6th October you are able to see the show. 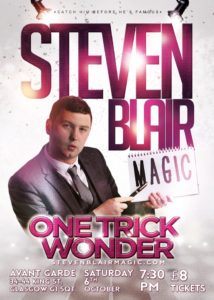 What is show about?

From the age of five Steven Blair has been obsessed with the idea of being a one hit wonder. The thought of being in the spotlight for a short amount of time and then disappearing into the sunset sounds like a dream.

With a combination of comedy, magic and a soundtrack of nostalgia, Steven will demonstrate everything he has done to try and make it to the top.

See the rise and fall of making it in show business…….. and everything you HAVE to do to get your name up in lights.

Who will be there?

To give you all a little extra value for money not only will I be performing the “One Trick Wonder” show I will be bringing you 3 of my favourite acts on the Scottish comedy circuit. They will be Liam Farrelly, Ingrid Kerr and the musical goodness of Tony Goodall.

How do we get tickets?

Want amazing magic at your next event?

Steven covers all across Scotland.
Contact Steven for a quote today.